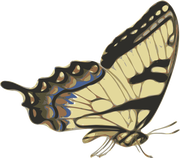 I’m not sure what prompted me to do so, but I found my way back to this blog tonight. Though it’s not been quite an entire calendar year since this project took shape, it truly feels like lifetime ago. It’s not so much the number of days between me and this project, as it is about the amount of change I’ve undergone in that time.  I credit this to the transformation moving forward in school. Seeking a graduate degree in Library Science has stretched and grown me in ways I never imagined it would. There have been excessively difficult challenges to overcome. By God’s grace alone, I have been able to meet these challenges.

I’m now at the beginning of a new semester, one that is certain to be intense. There are a whole new set of challenges before me, not the least of which is continuing to make progress on “The Prince and the Pirate Princess.” I recently had an opportunity to receive feedback on the opening scenes of the novel from professional writers. Even though I will be re-writing the scene, it doesn’t feel like I’m going backward in the project. Rather it feels like I’m filling a narrative gap, strengthening a weakness. I can’t recall a time when a re-write felt more like forward movement instead of a re-tread of something that should already be complete.

Progress, overall, on my novel has been helped along the most by participation in a writer’s group. I located a writer’s group via meetup.com, and have been attending for the last five months. I’ve met some incredibly talented writers, and received some helpful feedback on a couple of projects.  The group has been around for a few years and has a well-established feel to it. I visit the group twice a week, and each time I do, I just write. This has resulted in no less than an additional 20,000 words added to the novel, and something I plan to continue with as much as possible, despite the education crunch I’m facing over the next few months.